Removable Vise for the Workbench

In my opinion a workbench without a vise is not a real workbench. It is just a countertop. Unfortunately the “workbench” in the passageway of my Brewer 12.8 has freezer and battery access hatches that take up most of the countertop.   Also a permanently mounted vise in the narrow passageway seems like it invites bruises.

I really wanted a vise for the workbench so I decided to make the vise removable.  I built a SS base using 1”x1”x1/8” square stock and four inexpensive SS barrel bolts from Home Depot to bolt on a 4” Harbor Freight vise. I welded the base together, but it could have been mostly bolted together.  The barrel bolts on the base slide into holes drilled into permanently-mounted rails made of SS angle and bar stock.  The barrel bolt holes extend through the rails into the underlying fiddle and cabinetry.  The front rail is 1”x1”x 1/8” SS angle screwed down into the countertop and horizontally into thefiddle.  The back rail is 1”x 1/8” SS bar stock screwed into the cabinetry. I am satisfied with how strong and secure it feels with minimal movement.

Additional holes can be drilled into the rails so the vise can be positioned at different locations along the workbench.  When temporarily not in use, the vise rotates out of the way. The vise with base is quickly removed and stowed in a bracket in a locker. With the vise and base removed, only the SS bar and angle remain so the fiddle still provides a handhold when moving through the passageway.

The vise is also easily removed from the SS base by removing the three 3/8” bolts.   The base can be adapted for other useful tools, such as a bench grinder or small drill press.  The jaw plates that came with the vise are rough steel, but are removable.  I built separate sets of aluminum and rubber jaw plates to hold items that I didn’t want to be marred.  I am now figuring out how to mount the base in the cockpit to have the flexibility of a wide open workspace. 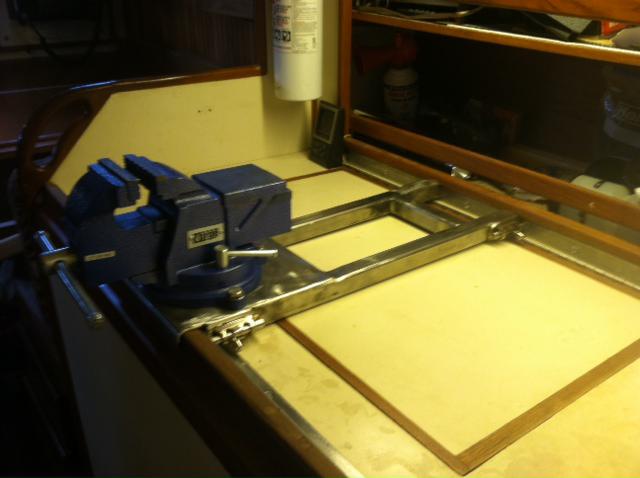 Vise and removable base in place over the freezer hatch 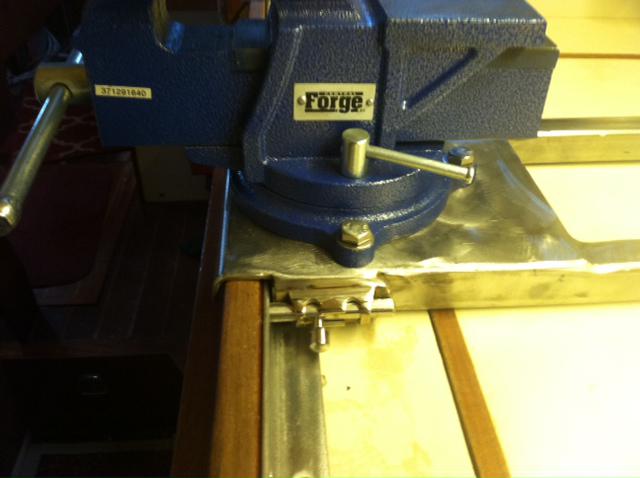 Detail of barrel bolt, welded to the SS base, inserted into front rail

Vise rotated out of the way 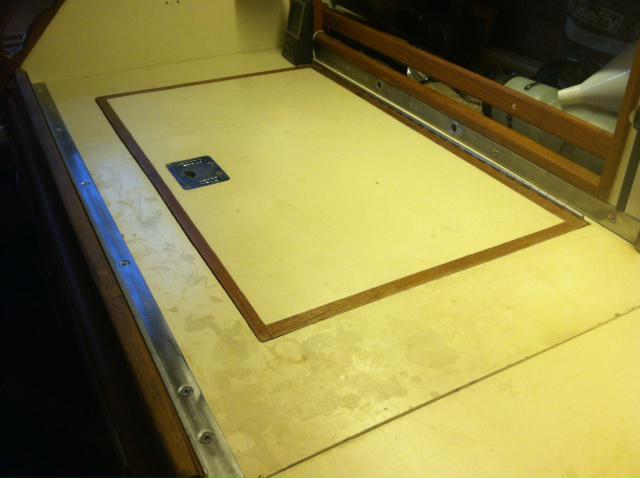 Vise and base removed leaving only the rails